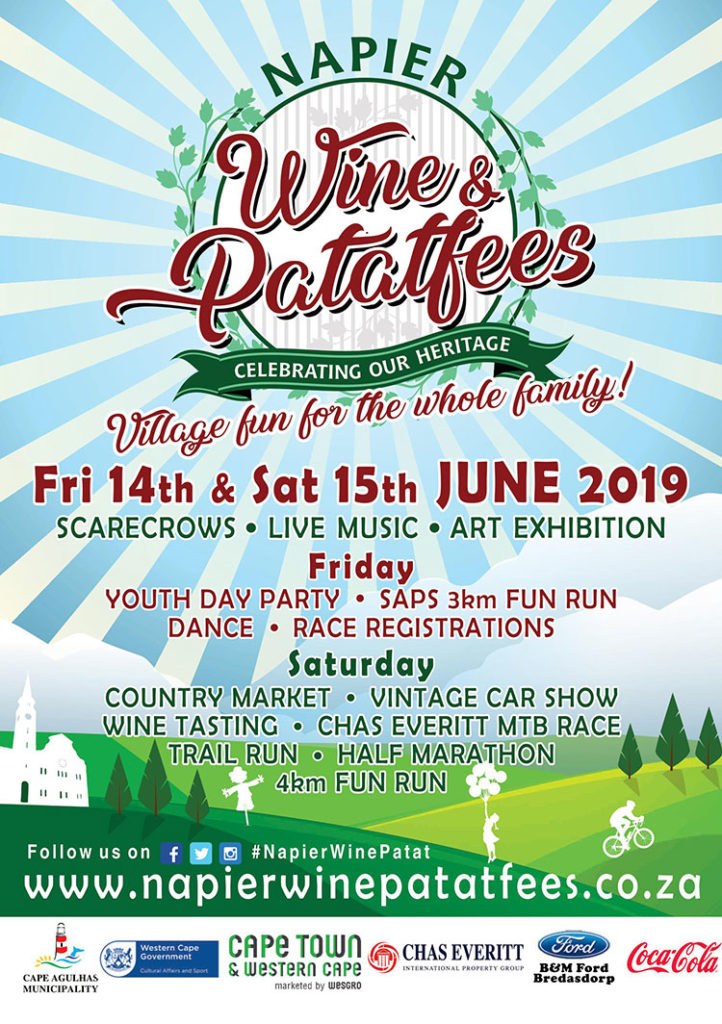 Starting as a simple country festival to pay homage to the humble Patat, (Sweet Potato), a crop widely grown here in past times, the Napier Patatfees has grown immensely.

This year is the 26th anniversary of the Patatfees and what better way to mark that than Celebrate Our Heritage, which is this year’s theme for the event. Napier and the Overberg in general, are also becoming famed for its fine wines, so we aptly decided to rename our festival to the Napier Wine & Patatfees. We hope that you get to sample a few during your stay.