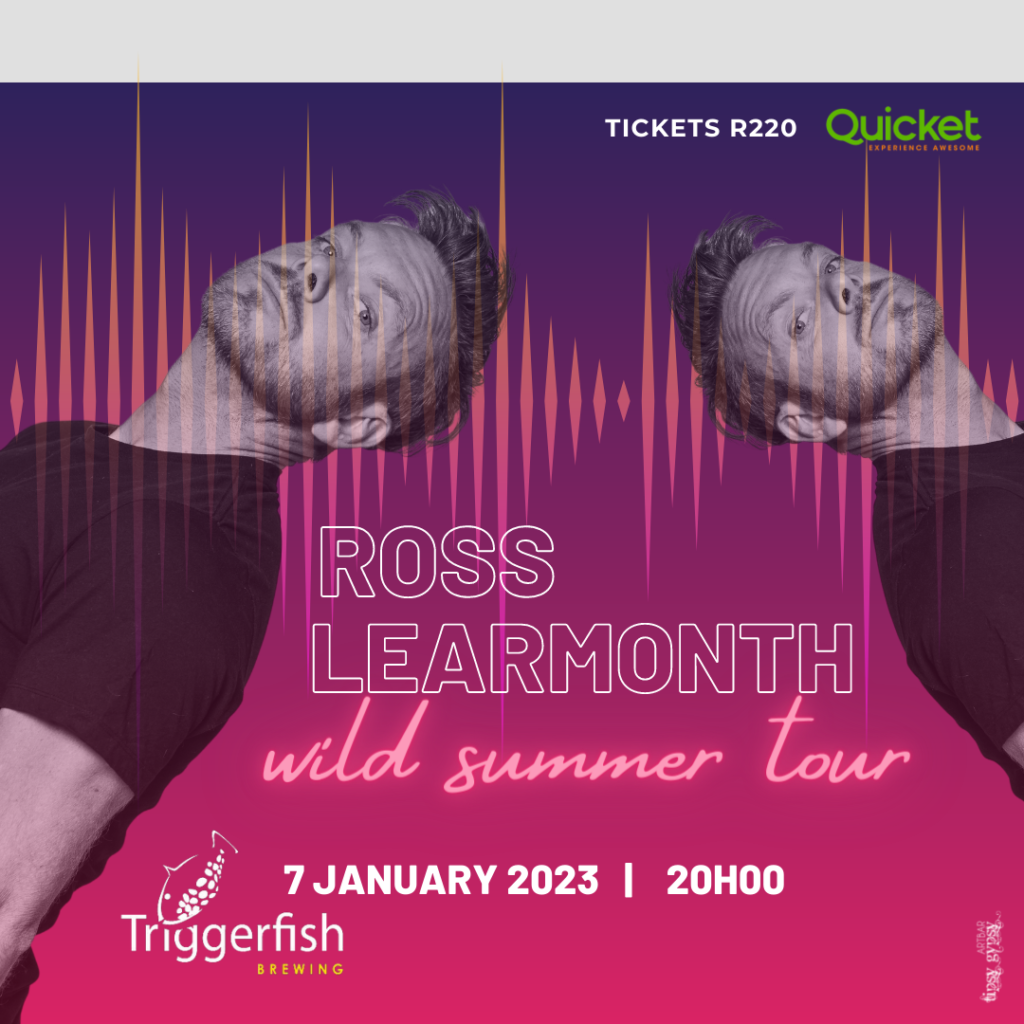 Ross Learmonth, vocalist, musician, and lyricist best known as the
lead singer of South African rock royalty Prime Circle, has spent the
past two decades, breaking international boundaries. For the past
three years he has been working on his solo career and this year he
had fans pleased after much-awaited anticipation, releasing his
debut singles ‘Wild’ and ‘Screaming’ which have both respectively
chartered and landed number 1 spots across radio stations
nationwide.

Ross’s solo career started with the ‘Bare Bones’ and ‘Storybook’
series of acoustic shows and has since evolved into an exciting,
edgy, upbeat performance with the inclusion of a drummer which
really packs the punch and gets the crowd to their feet.
This summer, Ross is taking to the road with the ‘WILD SUMMER
TOUR’ showcasing him as the lyricist, vocalist, and musician that we
have loved for the past two decades and seeing him in a new light
with a new take on his sound, but still with that one-of-a-kind voice
and hit-making songwriting abilities. He has been referred as an
‘emerging icon’ and ‘anthem maker’ in response to his first two
singles. Fans can be pleased to hear that his debut album will be
released early 2023 and this tour showcases some of the most
incredible unreleased material.

**We would like all food orders to have been placed and finished before the show starts.